Skip to content
You are here:Homeentertainment Bollywood actor arrested with wife for tragic charge and sent to jail
Mumbai (Daily Pakistan Online) Bollywood actor Prashant Narayanan along with his wife has been arrested in a cheating case and jailed on judicial remand. 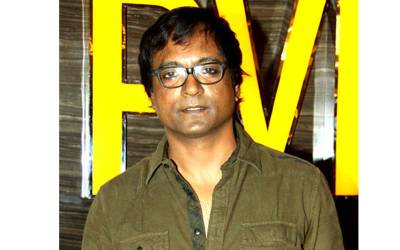 Must read: Israeli army destroys second drone in two days
According to details, Inspector Prathap of Karela police arrested 50-year-old Bollywood actor Prashant, along with his Bengali wife Shona, in Mumbai. I also starred in Naryanan 2017.

After filming with Thomas, the actor’s relationship with him became closer and the producer told the actor that his wife had a company in Mumbai and if he invested in it he would be made a director of the company. To which Panker invested 12 million Indian rupees on the request of Prashant but he later found out that he had been cheated.

Must Read: Fawad Chaudhry Announces Introduction of ATM but What Will Get Out of This Machine? Not money. ۔ ۔
The producer of the Malayalam film industry lodged a complaint with the police, after which the Karela police inspector along with a seven-member team arrested him in Mumbai after three days of supervision. He was later arrested by the Additional Judicial Magistrate. Was presented before where he was granted judicial remand till September 20.

It may be recalled that actor Prashant Narayanan has acted in more than 50 films in other Indian industries including Bollywood so far, including his leading films “Murder 2”, “Anything To Be Part Two” and “Shadows of Time”. Are.