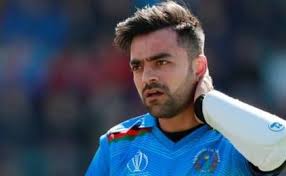 Must read: Israeli army destroys second drone in two days
According to details, Rashid Khan tossed for the only Test match being played against Bangladesh, then his age was 20 years 350 days, which is the youngest of any captain in the history of Test cricket. Former Zimbabwean captain Tatinda Taibu broke the record of the eight-day gap he set in the Harare Test against Sri Lanka in May 2004.