Skip to content
You are here:Hometech The car makers have announced tax exemption, but what is the bet? You also know
Jakarta (Monitoring Desk) The Indonesian government has announced a number of incentives for automakers and electric car owners to promote electric cars in the country, with numerous companies, including Toyota and Soft Bank, investing in Indonesia in the sector. Ready to work.

According to the South China Morning Post, a new law has been introduced by the government in which these privileges are granted. According to the report, electric car makers have been exempt from taxation under this law. Accordingly, the tax on cars in Indonesia will be levied not on proportion to the type of vehicle and the size of the engine, but also on the fuel consumption of the vehicles and their carbon emissions. 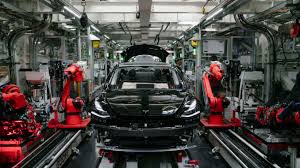 In addition, several concessions have been given to owners of electric vehicles, including a provision to provide them separate parking space. According to the report, Singapore and Thailand are currently moving ahead in the field of electric cars. The Indonesian government has taken this initiative to confront the two countries.