Skip to content
You are here:Homeentertainment “The family calls in the name of Vinnie, but the fans love it.” The speech made Malik happy.
Islamabad: Pakistan’s leading actress, Vina Malik, made a Twitter live in which fans questioned her life. According to the news, what do you say lovingly? In response to this question, the actress said that the family would call her by the name of Vinnie, but whatever name the fans would love dearly would be good. 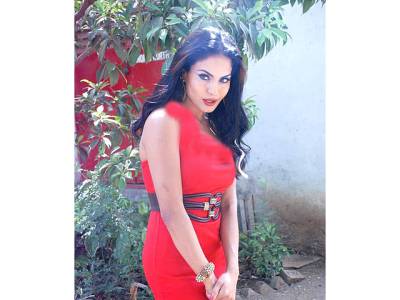 Must read: Israeli army destroys second drone in two days
According to the report, he said that he would like to work in a movie in which the truth about Muslims is described and there is no propaganda. Say a word for Hafiz Sheikh? On this question, Vina Malik refused to answer. Why does he support Imran Khan? The actress answered that the Prime Minister was not a liar, not an idiot and a misogynist. Veena Malik said her father and the people of Pakistan were not happy to work in India. The environment was not suitable for the development of the artists. He is very knowledgeable and has respect for the heart.